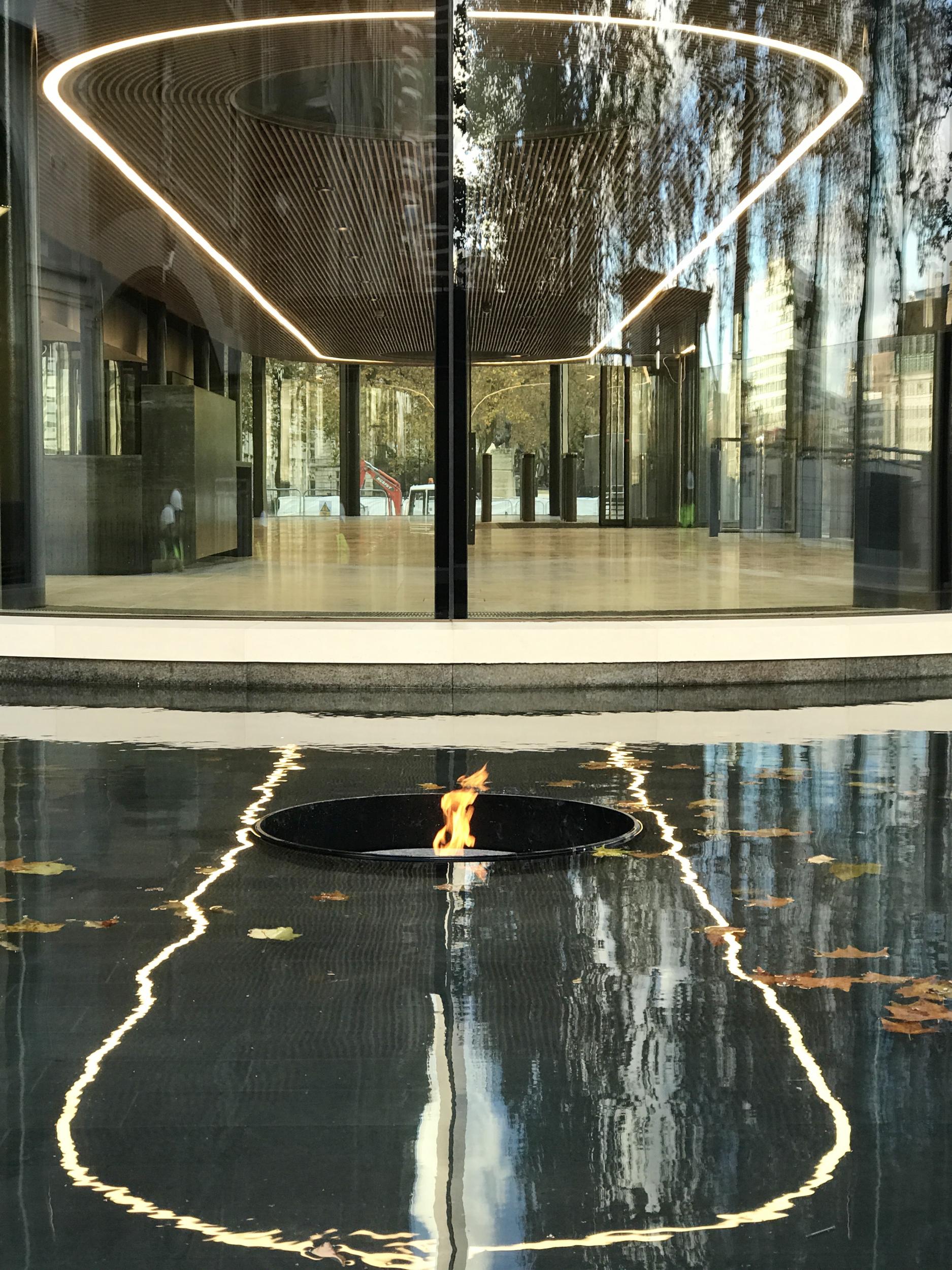 Recently installed at Victoria Embankment, Westminster, an ‘Eternal Flame’ was commissioned to honour the lives of police officers who lost their lives in the line of duty. Caledonian were proud to be chosen by the main contractor to provide the burner control system, probably because we have provided quite a number of these systems over the last 35 years.

Whilst it would be very difficult to make a living from the comparatively few such installations installed globally each year, their popularity is certainly increasing. We have supplied the controls to automatically ignite and monitor outdoor flames since the early 1980’s, when it was first popularised in the Scandinavian countries for invariably (it appeared) decorating ‘Viking’ themed restaurants and clubs with everything from ‘blazing brands’ to ‘flame effect braziers’ !

These ‘decorative’ applications have common technical problems which we have solved, mainly involving the need to cope with the ‘elements’ i.e. wind, rain, snow etc. We have also perfected procedures to avoid incinerating seagulls and other birds that find the unlit memorials handy perches ! Memorial flames have added complexities that are caused by the need for such flames to  be literally ‘perpetual’. The most commonly used flame sensing method is an optical device that monitors a very narrow bandwidth of ultra violet radiation that is produced by a gas flame. For this purpose we employ a variant of the highly successful Caledonian UV4 industrial sensor, first developed over 35 years ago. The UV4 has been our first choice for all optically monitored memorial flames since the start of the 1990’s.

Caledonian are currently working with a leading special effects company to design and construct the burner ignition and monitoring systems for several spectacular fire / flame effects that are due on the London stage later this year.